Success for all at Cowes Small Ships Race 2021 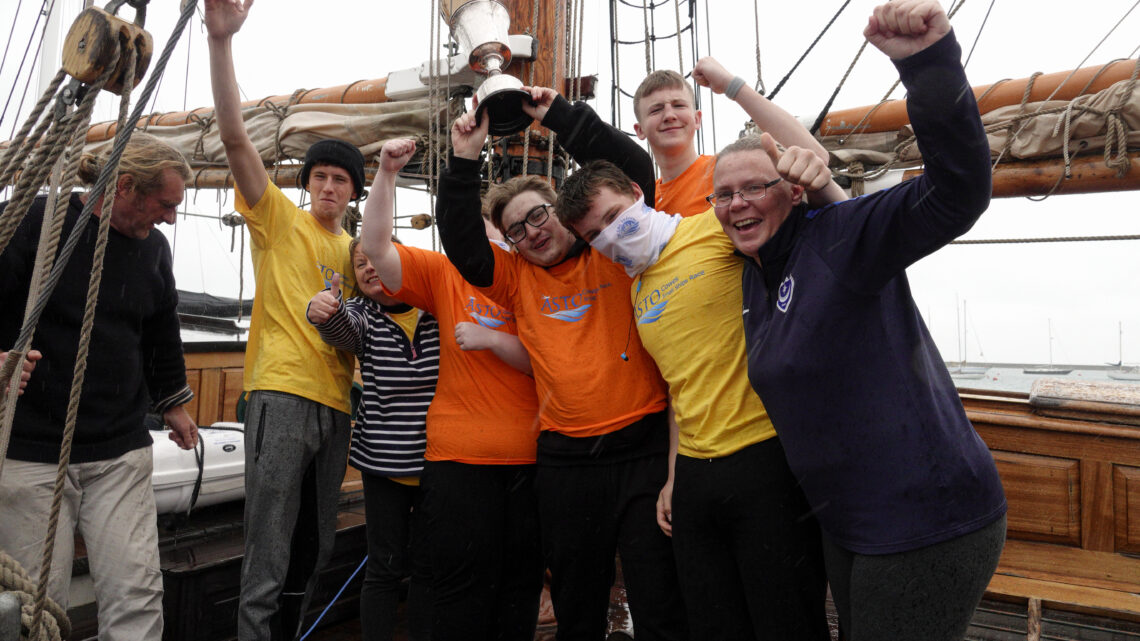 Success for all at ASTO’s annual Cowes Small Ships Race 2021.

This weekend (Saturday 2nd October), over 90 young people took to the water for the Cowes Small Ships Race. This youth charity sailing race is organised by ASTO (Association of Sail Training Organisations), a Gosport-based charity that promotes Sail Training in the UK.

The Small Ships Race is a yearly event that takes place on the first Saturday in October and sees Trainees (young people aged between 12-25) onboard Sail Training vessels competing in a ‘round the cans’ race in the Solent. This year’s race included vessels from eight different UK Sail Training organisations, all of whom take young people to sea for personal development.

Amongst the young people on board were school groups, Scouts, and an early intervention mental health group. Several Isle of Wight based youth groups also took part, including the Isle of Wight college onboard The Island Trust’s Johanna Lucretia, Cowes Sea Cadets on board Morning Star Trust’s Eastern Star, and pupils from Cowes Enterprise College who joined the crew of Ocean Youth Trust South’s Prolific.

With heavy weather conditions and gusts of Force 8 winds forecast, ASTO’s race committee took the decision to start the race an hour early. For the safety of the young people taking part, the race course was also shortened to ensure that all vessels were back alongside at Cowes Yacht Haven before the conditions worsened.

The Parade of Sail took place at 0830 and saw each vessel proceed past the race committee who were watching from the Royal Yacht Squadron’s viewing platform. Trainees on board were seen waving and cheering, with one vessel even performing the Macarena. The race commenced at 0900 to the sound of cannon fire from the Squadron.

“We’re delighted that despite the rough weather forecast, we were able to fit in a short but exhilarating race. The young people braved the tough conditions and returned from racing in high spirits and with smiles on their faces. Sail Training brings out the best in young people, and the crews in this year’s Small Ships Race will have learnt that they can overcome adversity and work together to for a fun and successful outcome.”

In place of the traditional in-person Prize Giving ceremony, which is usually held at Cowes Yacht Haven, the ASTO team braved the heavy rain and hand-delivered trophies (and ice cream!) to all the winning crews on the pontoon. A ‘Virtual Prize Giving Ceremony’ was then made available to stream on the UK Sail Training Facebook page on Sunday.

ASTO would like to thank the Royal London Yacht Club, the Royal Yacht Squadron and Cowes Yacht Haven for their assistance in organising this event.

Amongst this year’s prize winners were:

ASTO is looking for one or two people from the Isle of Wight to help with organising this annual event. We are looking in particular for someone to help fundraise (contacts and training can be given) and someone to liaise with Island-based youth groups to encourage them to take part. Commitment is approximately 7 days per year. More information available from [email protected]

To learn more about ASTO, the Small Ships Races and our UK Sail Training members visit: www.uksailtraining.org or find us on social media: @UKSailTraining.